Sat 18th August wasn't that pleasant but fined up around mid afternoon.

Gary H was out for a bit doing some stuff on RVH here getting serious at the Buttock's end. 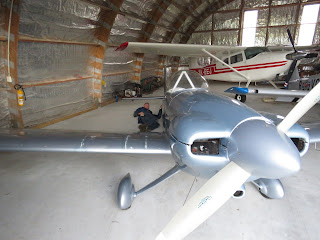 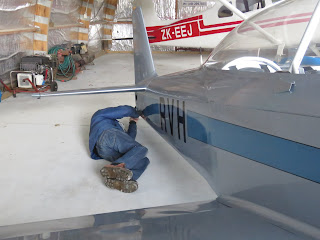 Also out was Don who is a Fussy Bugger says so on is Van. 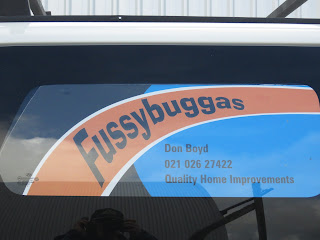 SNJ had her annual done by Uncle Wayne and Don was out to put everything back together and since he's a Fussy Bugger there's only one way to do it and that's the proper way. 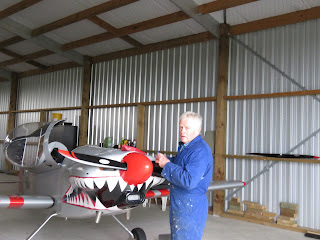 On my way back from having a chat with the Minicab I called into Norfolk Rd to see what they were up to. In Gareth's Repair and Restoration Facility there were a heap of Planes and no room to swing a cat.

The swifty eyed amongst you will reconise the Machine below as the Pitt"s S1 built by Max Clear back in the day.

She is getting a tart up and a HP upgrade. Around 200ish I was told. 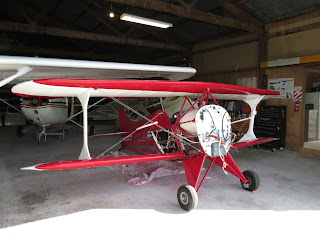 A previous pic of her in back in the day. 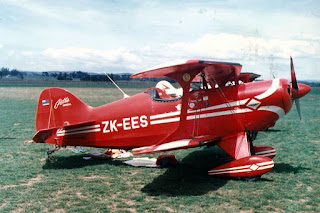 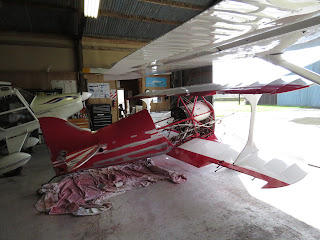 Also new import a Gazelle from Aussie awaiting her assimilation via the CAA into a NZ machine.

Folding Wings and also as a whacking great trailer. 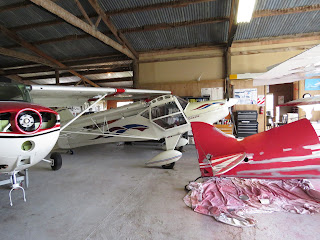 The 206/207 is getting some Amphibious Floats then immigrating to Oz under it's own steam. 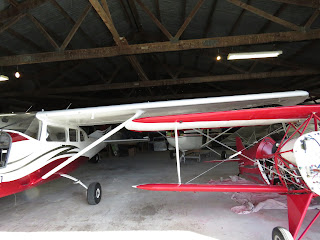 The midnight Blow Fly looking slick in Black. Gareth's uncle just retired from ANZ 777's so will wean himself of the Colour scheme in CSW. 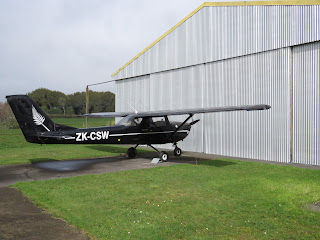