A couple weeks ago Keith was down to fly KMM.

KMM has had a top overhaul (although at 900 hours TT should have been full overhaul. but there ya go.) with new top everything & recon'd this and that  a new Super Sonic exhaust which looks real slick runs nicely.

Also has Tail Wheel fitted now rather than the skid.

Although will need an oil cooler in these hot temps. Not doing bottom half may come home to roost as Oil pressure not at optimum although something to sort when back home at Kaipara Flats.

Was gonna make a run for home the weekend of the Thames Wings & Wheels but WX was not conducive to that as we had 25 knots on the nose there & back in SSF.

So waiting for a more perfect day & a real early start. 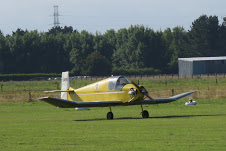 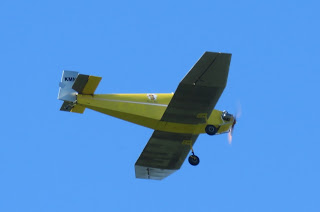 Mean while over at the Aeroworks Hangar a changing of the guard as LTH returned home from a Tickle and cosmetic enhancement. You will note some changes to the scheme. LTK will head off shortly to somewhere else. 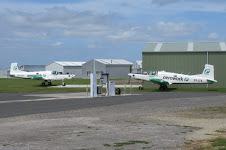 SSF was also out doing her thing.. 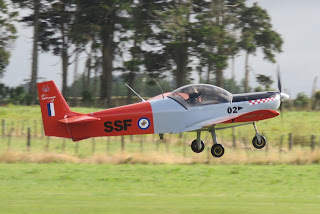 Posted by Nicks BIGSKY Aviation at 9:10 AM